If you’re looking for a way to add some history and beauty to your home, then consider investing in medieval tapestries. These stunning pieces of art have been adorning homes for centuries, and show no signs of losing their popularity.

Although it will cost a small fortune to acquire one of the original medieval wall tapestries, given that most of them are museum pieces at this point. However, with the power of jacquard looms, many of these tapestries have been recreated into stunning pieces of wall art that blend ancient artwork with modern weaving techniques.

The history of medieval tapestries is fascinating, and their beauty is undeniable. If you’re looking for something special to add to your home, then a medieval tapestry is an excellent choice!

In this blog post, we’ll take a look at the fascinating history and beauty of medieval tapestries. We’ll also discuss why they continue to be popular in homes today, and where you can purchase one of your very own for your home.

The Unique Beauty of Medieval Tapestries

Medieval tapestries are a type of wall hanging that originated in the Middle Ages. They were often used to decorative effect in castles and other grandiose buildings, as well as in the homes of wealthy individuals.

One of the reasons why medieval tapestries remain so popular is because they offer a unique glimpse into medieval life. Each tapestry tells its own story, whether it be a religious tale or a scene from everyday life. They provide us with a fascinating insight into the minds of medieval artists and craftsmen.

Different tapestries were made from different materials, including wool, cotton, and silk. The design was usually woven into the fabric, rather than being painted or embroidered on afterward. This gave them a very distinctive look which is still popular today.

That’s one of the reasons why the beauty of medieval tapestries is not just in their design but also in the skill and craftsmanship that goes into creating them. A skilled weaver would take months, or even years, to create a single tapestry. This is why they are seen as pieces of art rather than just everyday home decorations.

It’s also one of the reasons why our tapestry wall hangings can sometimes take up to 4 weeks before they are ready to ship. So if you’re looking for something unique and beautiful to add to your home, then consider investing in a medieval tapestry. You won’t regret it!

Why were tapestries used in medieval times?

Tapestries were originally used in medieval times as a way to decorate large, grandiose buildings like castles. They were also popular amongst wealthy individuals for use in their homes. Tapestries were seen as a status symbol, and often displayed the wealth and power of the owner.

One of the most common designs found on medieval tapestries is religious imagery. Many tapestries depict scenes from the Bible or other religious tales. Other popular designs include landscapes, portraits, and everyday scenes from medieval life.

A set of seven tapestries that depict the hunt for a unicorn. They are on display at The Cloisters museum in New York City. Possibly the most famous of the bunch is The Unicorn Dips Its Horn.

Some of the earliest surviving tapestries in England, The Devonshire Hunting Tapestries depict a variety of hunting scenes and are on display at Hardwick Hall in Derbyshire, England.

The Lady with the Unicorn Tapestry

One of the most famous tapestries from the Middle Ages is the Lady with the Unicorn Tapestry was made in the late fifteenth century and is on display at The Cloisters museum in New York City.

The design of the tapestry is based on a series of six poems called Les Tres Riches Heures du Duc de Berry. These poems were written by the Duke of Berry, who was a patron of the arts.

The tapestry tells the story of a lady who is visited by five unicorns. Each unicorn has a different attribute, such as taste, sight, smell, and sound.

The tapestry is thought to be a symbol of the Duchess of Berry’s love for her husband. Taste is featured above, and the other four in our tapestry collection are shown below.

One of the most stunning examples of a medieval tapestry is the Apocalypse Tapestry. This tapestry was created in the late fourteenth century and is thought to be one of the last great tapestries from the Middle Ages.

The design of the Apocalypse Tapestry is based on the Book of Revelation, which is the last book of the Bible. It tells the story of the end of the world and is full of vivid imagery and symbolism.

The tapestry was made for a church in Angers, France, and is now on display at the Musée des Beaux-Arts de Angers. At over 70 meters long, it is one of the largest tapestries ever made.

Many of today’s famous medieval tapestries were created long after the medieval times were over, but were based on popular stories, books, and other artwork from that time.

For example, Edmund Blair Leighton’s most famous tapestry is Call To Arms. It depicts a bride and her groom walking down the church steps as nearby soldiers cry out ‘To Arms!’. The tapestry was in the early twentieth century and is now on display at the Tate Britain art museum in London, England.

Edmund Blair Leighton was a popular English artist during the Victorian era. He specialized in painting romanticized scenes from medieval life and is well-known for his beautiful tapestries.

Another popular tapestry by Edmund Blair Leighton is A Little Prince. The original tapestry was made in the early twentieth century and is now on display at the Tate Britain art museum in London, England.

It depicts a scene from Antoine de Saint-Exupéry’s famous book The Little Prince.

Another famous tapestry from the Middle Ages is the Battle of Anghiari. This tapestry was made in the early sixteenth century and is on display at the Galleria dell’Accademia in Florence, Italy.

The tapestry tells the story of a battle between the Florentine and Milanese armies. It is full of vivid details and beautiful images.

Another Victorian-era artist who created some beautiful Medieval-style artwork was Kate Bunce. Katherine Elizabeth Bunce was an early 20th-century British artist and poet associated with the Arts and Crafts movement. Bunce was born in Birmingham and educated at home, the daughter of John Thackray Bunce – a benefactor to Birmingham Museum & Art Gallery and editor of the Birmingham Post during its Liberal heyday.

One of her most famous tapestries is called The Keepsake. It was made in the early twentieth century and is now on display at the Birmingham Museum & Art Gallery in England.

The tapestry tells the story of a young girl who is giving a gift to her loved one. It is full of beautiful images and delicate details. The tapestry is a stunning example of medieval art and is still popular today.

Other popular tapestries from the medieval period include the Wilton Diptych and Godspeed.

Why Medieval Tapestries Are Still popular in Today’s Homes

Medieval tapestries remain popular in homes today because they offer a unique and beautiful glimpse into medieval life. They provide us with a fascinating insight into the minds of medieval artists and craftsmen. They are also very intricate and well-made, which makes them a real focal point in any room. If you’re looking for something special to add to your home, then a medieval tapestry is a perfect choice!

Another reason for their enduring popularity is their beauty. Many medieval tapestries are incredibly intricate, with stunning designs and details. They can be a real focal point in any room, and are sure to impress guests!

Part of the reason why medieval tapestries are still popular today is the art of jacquard weaving. This type of weaving uses a Jacquard machine to create patterns in cloth. The Jacquard machine was invented in 1804 by Joseph Marie Jacquard and it revolutionized the way cloth was woven.

The Jacquard machine works by using punched cards to control the movement of the weft yarns. This allows for very complex patterns to be woven into the fabric. The patterns are created by holes in the cards that allow different amounts of yarn to be passed through.

This type of weaving is still used today to create some of the most beautiful fabrics in the world. Some of the most famous examples of jacquard weaving include Louis Vuitton’s Damier and Monogram prints, and Burberry’s iconic tartan pattern.

Jacquard weaving is also used to create some amazing tapestries and woven throw blankets. That’s one of the reasons why woven tapestries are a great way to add some extra detail and texture to a room, and with a jacquard-woven design, you can be sure that your tapestry will be unique and beautiful.

Where Can I Buy Medieval Tapestries?

But there are a couple of important distinctions to look for when purchasing a medieval tapestry to make sure that the quality of the design matches the beauty of the image.

Here are just a few of our favorite medieval wall tapestries, all of which are jacquard woven, hand-finished, and lined with a cotton backing:

Which Medieval Tapestry Will You Add to Your Home?

Whether you’re looking for a beautiful piece of art to hang on your wall (and hanging a tapestry is easier than you think), or a unique and luxurious tapestry to wrap yourself in, we have the perfect medieval tapestry for you. With such a wide selection to choose from, there’s sure to be something that catches your eye!

So why not add a touch of medieval magic to your home with one of our stunning tapestries? 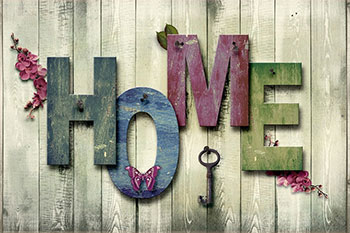