Game of Thrones is a fantasy-themed show, so what better way to way to pay homage to it than by setting up whimsical pieces as home décor? Take for instance, this decorative lamp, which looks as though it could serve as one of the lighting fixtures in Dorne.

Another piece that looks as though it belongs in Westeros is this tapestry blanket, which could add a whimsical touch to any room it is installed in.

INTEGRATE YOUR FAVORITE HOUSE’S COLORS AND ANIMALS IN YOUR DECORS

The major houses in Game of Thrones have trademark colors. According to this color chart by Molly Bermea, the Lannisters are associated with gold and red, the Starks with gray, the Baratheons with yellow, and the Targaryens with red and black, to name but a few. They are also associated with certain animals, such as dragons, wolves, stags, and lions. As such, you can add some touches of your favorite House’s colors to your room décor, or feature items bearing the form or print of the animal associated with the respective houses.

For instance, this deer metal art on Art & Home can recall House Baratheon.

Television network HGTV provides more decorating tips on its website to have a look through to see which ones suit your house.

INTEGRATE YOUR FAVORITE HOUSE’S COLORS AND ANIMALS IN YOUR DECORS

Nothing emphasizes drama more than good lighting. Installing the right kind of lights will not only bring to mind some of your favorite locations on the show, it can also add to the mood you want to evoke for each room in your home.

Reuters reported that HBO has yet to divulge how much it has earned through Game of Thrones merchandise. It has a long list of popular products geared towards many different demographics. A recent digital version of Game of Thrones has even been ported to slot website Slingo to help the franchise enter new markets. On top of the aforementioned officially licensed slot game, HBO recently announced plans of four spin-offs when the series finally come to an end.

That being said, you do not need to purchase one of these items, most of which are very pricey, to get in on the act. The beauty about HBO’s Game of Thrones is that you do not have to go all out by displaying the names or logos associated with your favorite characters or houses on the show. Small touches are enough to show your love for the show, and at the same provide a fun touch to your home.

1 thought on “Tips for Game of Thrones Inspired Decor” 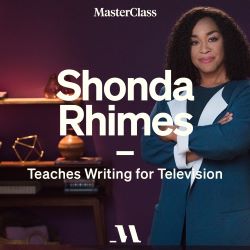