Love is a many splendid thing, and moving in together can be a many… well, let’s just say there are challenges to overcome when romance leads to the sharing of one space.

For one thing, there are often two versions of the same item, and the decision as to which stays and which goes is not always an easy one.

Here are just a few tips to help that process move smoothly… or, at least, smoother.

1. Be critical and detached when judging furniture condition. If you have to decide between two couches, look first at which is in better shape. Patterns can be covered, springs that poke you when you sit down are a bit harder to deal with. Try not to put too much sentimental value into ordinary furniture, particularly if the sentiment has to do with moments you shared with someone else.

3. Try to remain calm when picking an overall theme or style. Do not bully the other partner down a particular path, or allow yourself to be bullied, as this will only lead to resentment down the road.

4. Set a budget, stick with it. You can also use this as the occasional excuse to shy away from a particular piece that you simply do not want to stare at every day. It’s a lot easier to say “it simply isn’t in the budget” than it is to say “what..?? that ugly thing??”

5. If you have room to allow for a “his space” and “her space” go for it. Give each other complete freedom to create a space just for themselves. If you don’t have the luxury of two extra rooms that you both don’t use regularly, consider releasing control on an area that you can “live with” no matter how it’s decorated.

Remember that you are creating a space that will allow your relationship to flourish, so the decor should never be too one-sided. Even if his place needs a “women’s touch” or her place needs to be “manned up” a bit… take it gently, as if you and the home’s decor are on a first date. 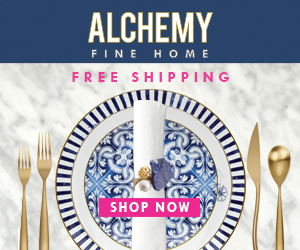